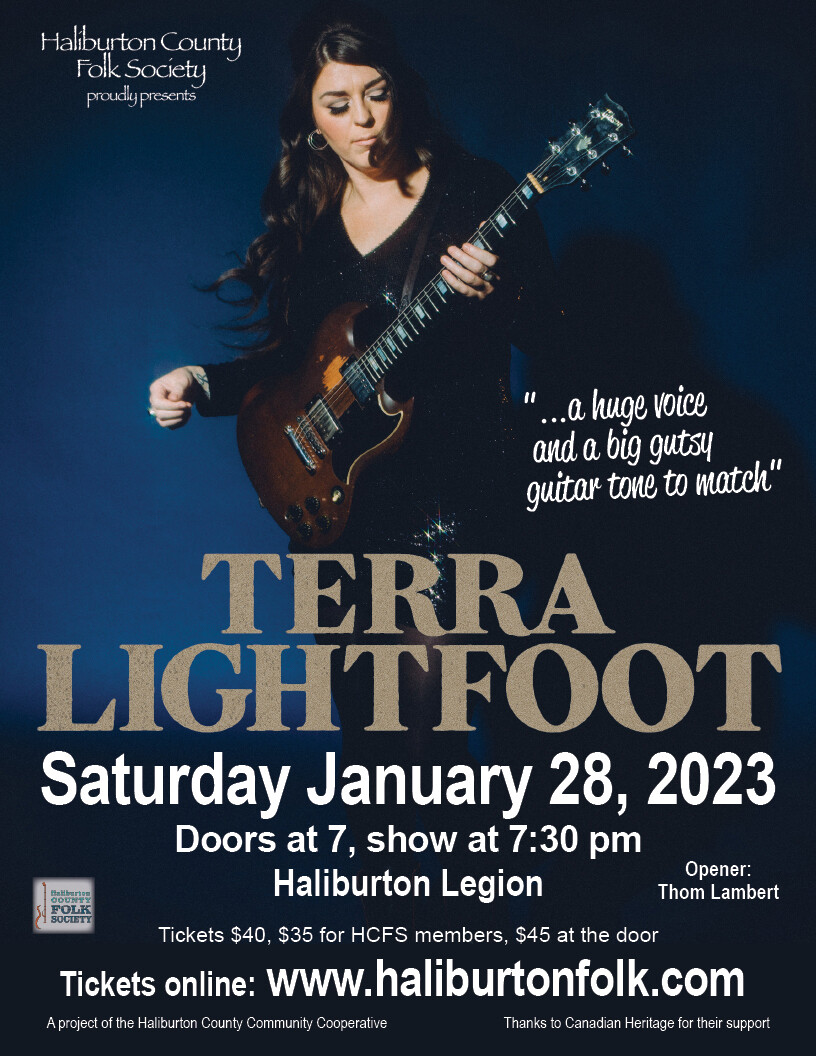 Concert is now sold out....Email us at haliburtonfolk@gmail.com to be put on a waiting list. Add a phone/text number where we can reach you quickly. Let us know how many tickets you need.

“Cuts like lightning to a tree” The Globe and Mail

“Timeless influences from above and below the border” American Songwriter

“The most emotionally developed project from the Hamilton singer-songwriter so far” Exclaim! “Exhilarating” Plunger

“Drawing from rock, soul and blues, Terra Lightfoot is a monster talent” PopMatters